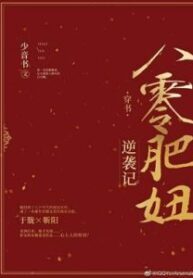 Yu Long is a beautiful and beautiful ballet dancer who has been a white swan in the crowd since childhood. Once she wore a book, she returned to the remote countryside in the 1980s and became a cannon fodder female supporting role in a rebirth of a military marriage. The female cannon fodder is a squat, timid character, and everyone can be bullied. The reborn female protagonist was entrapped and married to a bad person in her previous life, her daughter was sold to her hometown, and her female partner was also killed by domestic violence. After wearing the book, Yu Long ripped off the original heroine, robbed her of her space, and robbed her of her good fortune, and she was gone on the road of becoming thinner and more beautiful. People from Shiliba Village found that the stepdaughter of Zhang’s family, who was fat and short, and everyone disliked, suddenly became thin and became a lightning bolt, and became charming and beautiful, which attracted the attention of many people. The people who came to her house to propose marriage were about to smash the threshold. —— Everyone says that Jin Yang is strictly abstinent and keeps himself clean. He was born in a compound and his future is bound to be limitless. It’s a pity that it fell on a married woman, who is still the woman of his comrade-in-arms. For the sake of this married woman, who never married in her whole life, she guarded the borderlands, and finally sprinkled her ashes on the border. Reborn in the fire of war, I thought I could cut off Hu before my brother, but I didn’t expect the two to be engaged. He couldn’t help himself, and he was born again, but he still had to watch his beloved become someone else’s wife again. It wasn’t until later that he discovered that… A friend’s fiancee turned out to be… the sweetheart’s sister? ? ! Content tags: Farming essays, female supporting characters, wearing books, chronological essays Search keywords: Protagonist: Yu Long, Jin Yang ┃ Supporting role: ┃ Others: One sentence introduction: All fat people are potential stocks Purpose: work hard to counterattack – Description from MTLNovel Details Show more Show more

Rebirth of a Movie Queen: the President of the Empire Is Sent to the Door

One Hundred Ways to Satisfy Your Beloved Wife