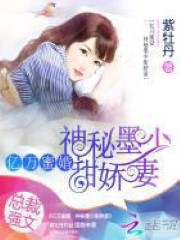 A Sweet Marriage Is Worth Billions: Mysterious Young Master Moh’s Cute and Sweet Wife Average 5 / 5 out of 1

That night, after she was thrown into the Civil Affairs Bureau, she ran away? No such person was found afterwards? OMG Does she marry a human or a ghost?

Desperate, she entered the entertainment circle and was almost obscured by the unspoken rules. Shao Mo appeared indifferent, and the director directly blocked after abuse.

During the filming, she was almost killed by revenge. Hundreds of mysterious soldiers arrived and smashed the scene. The person in charge was imprisoned for greed and his family was destroyed.

She has always had grudges that will be avenged, never being a gentleman.

what? Is there a woman who dares to hit her? Uncle can bear it, aunt can’t bear it!

A certain woman broke into the house and beat the other party to the ground, leaving a sentence: Sister’s man is also your dare to move?

Shao Mo helped her forehead, he had to teach her the woman who was the leader.

Female Protagonist
We use cookies on our website to give you the most relevant experience by remembering your preferences and repeat visits. By clicking “Accept”, you consent to the use of ALL the cookies.
Do not sell my personal information.
Cookie settingsACCEPT
Manage consent