After Marriage, the Boss Discover My True Identity 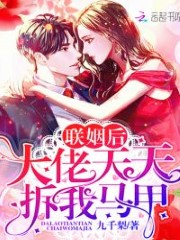 After Marriage, the Boss Discover My True Identity Average 3 / 5 out of 3

Before the marriage, the first day of cohabiting with a big brother to cultivate a relationship——

Xia Li: “When is our wedding date?”

Xia Li: “It’s okay. Since we are going to get married, then we will be friends in the future. Don’t worry about these little things.”

Xia Li, the countless wealthy black daughter in the waistcoat, dreamed that the boss would cancel her marriage. She thought that the marriage partner would be lukewarm to her, but after living together, she directly started the mode of being spoiled by the boss.

Xia Li turned from being a big woman to lying down to win a canary. Since then, the vests have been dropped one by one…

Xia Li looked at the jealous fiancé: “It’s a good family relationship. If you just marry and don’t care about it, don’t you have fun with each other?”

The drunk boss told the truth: “Do you think I listen to my family so much and agree to the marriage? Huh?”

Xia Li swallowed, why did she feel that she had been spotted a long time ago?

I Woke My Vegetative Husband up at Our Wedding Night!

My Star Wife is From Myriad Realms