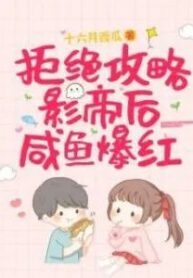 Read After Refusing To Attack the Film King, Salted Fish Became Popular When Ning Xiaoyu, a starlet on the 18th line, participated in a variety show, he happened to meet the popular actor who was taking a nap in the waiting room.
The man leaned against the large floor-to-ceiling windows, his long legs stretched casually. The afternoon sun shines on him unscrupulously through the glass window, and his profile falls in the morning light, so handsome that he doesn’t look like a real person.
When Ning Xiaoyu was about to retreat politely, a line of characters suddenly appeared in front of her.
[Girl, do you want to be popular? Want to enjoy the feeling of being watched? As long as you are favored by the actor, you can have all of these. At this moment, the actor is resting in the room, you can
A: Kissing the actor
B: Candidly take a photo of the actor’s beautiful boy sleeping in spring
C: Accompany the actor with tenderness for ten minutes]
Ning Xiaoyu waited for a while, and after realizing that he had to choose an option, he reluctantly chose c
The dating system was so excited that it rubbed its hands: Come on, girl!
Then it watched Ning Xiaoyu sit down next to the actor, took out the melon seeds that he carried with him, and began to kick Erlang’s legs up.
The love system that is secretly poking and waiting for sweets: Is there something wrong? ? ?
–
The actor Lu Jingdu participated in a live variety show, but due to the mistakes of the program staff, the live broadcast equipment was still on when he was resting during work.
So the audience in the live broadcast room watched helplessly as an 18th-line artist beside their brother, knocking melon seeds leisurely.
Netizen A: Very good, lady, you caught my attention.
Netizen B: You can still be so leisurely around the actor, maybe that’s the only one?
Later, Xianyu found himself on fire.
Ning Xiaoyu looked inexplicable: Why did it become popular?
The love system on the side said quietly: I guess you can eat melon seeds quickly Content tags: sweet article wear book cool article Show more

Beloved at the Door

I Became the First Prince