After Resurrecting, I Opened a Cat Cafe 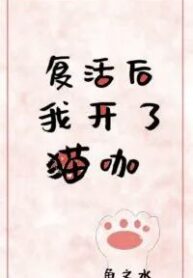 Read After Resurrecting, I Opened a Cat Cafe Pei Shiyi, who had been dead for hundreds of years, was suddenly resurrected. He was poor, homeless and was an unregistered resident. In order to settle down, Pei Shiyi took over a cat cafe. The cat cafe was poorly managed and on the verge of closing down, there were only two to three real kittens. Pei Shiyi fed the kittens and set a small goal for himself: for example, first, become the best cat cafe in this city. So a year later, a cat cafe called Xian Chan rose to prominence. The Jin Hua cat that practiced Daoism for hundreds of years became a fat orange cat. The Bi An came here and became a golden British shorthair. The lively and active leopard cat was a real leopard. It also came with a fluff-obsessed, non-human Director of Administration. After sniffing* the fat orange cat, the leopard cat and the ragdoll, he even began sniffing* Pei Shiyi. The fluffy Pei Shiyi, who was a real phoenix: Do you want to die? Director Bao: Sniffing cats is fun, sniffing you is addictive. Show more

I, The Self-Discipline Captain Of The Uchiha Guard!

Married To The Male Lead’s Father