After Signing In For 50 Years, I Became A Blood Clan Boss 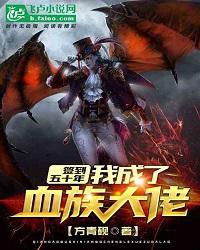 Fang Qingyan traveled to a different continent of swords and magic, where hundreds of clans were at war, and the chaotic world was ups and downs. But unfortunately, he became a vampire, and even more unfortunate is that he became the weakest and humblest blood family. But I didn’t expect to wake up the sign-in system, as long as you sign in, you can get amazing rewards: Sign in at the Castle of the Count of Kastain, and get [Counter-level Blood Essence x1]; Check in at Laimia City, the ancestral land of the blood family, and get the artifact [Ancestor Lilith’s Asylum]; Sign in in Duke Dracula’s coffin to get the super power [Mind Reading]; … Fang Qingyan was a low-key ghost in his ancestral land, and he made up his mind not to cultivate into the real body of the first ancestor, and swore that he would not leave the country if he ascended the throne! Until one day, fifty years later, the orc army of the kingdom of Azeroth crossed the Draenor Mountains and entered the ancestral land of the blood race! Seeing that the vampire is about to exterminate the family, Fang Qingyan’s strength will no longer allow Fang Qingyan to keep a low profile… (Visited 1 times, 1 visits today) Show more

Reset of The Apocalypse

The Growth of the Richest Man

Azeroth: Please Be A Human And Stay Away From Me!