After the Rebirth of the Unbeatable Queen 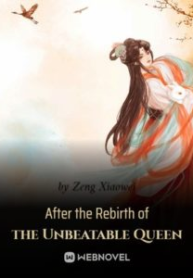 The man forced her to the corner, “I have sealed my demon world, and then run to reincarnation?”

The woman was embarrassed and shy, “I…”

He approached, “Woman? How do you plan to compensate the emperor? Huh?”

She was guilty, “Then…what do you want~”

The man smiled evilly, “Punish you ~ help the emperor give birth to a group of little demon kings.”

She was the first emperor of the ancient goddess, a battle between gods and demons. She would rather sacrifice herself to seal the gate of the demon world in order to save all living beings. In the end, she realized that all this was a planned betrayal.

Exhausted the last trace of supernatural power to send his soul into reincarnation. She swears! He is bound to return to the God Realm and kill the betrayer himself!

After thousands of years of reincarnation, the earth has returned to another world from the 21st century.

[Women’s strong essays, the male protagonist has a strong belly, and is relaxed and not abusive]