After the Rebirth, the Male God Have Seen Me 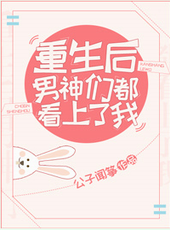 After the Rebirth, the Male God Have Seen Me Average 5 / 5 out of 1

As a member of the popular combination, the famous traffic in the entertainment circle, Xiaosu Luosu, girlfriend powder, sister powder, and pro-mother powder all over the entertainment circle, is the only one who has a delicate body and has no acting skills in the north and south of the river. However, who can think of it from the best idol to the unpopular star that nobody cares about overnight. However, Luo Su, who was born again, found that Ji Yunshen, a film singer who studied the acting skills, was known as the ‘old play bone’, had a soft spot for him. The prestigious director’s character is so strange and odd, but he is addicted to him. The fervent little boy who is very popular is hot on his search. The paparazzi who mastered the direction of the entertainment circle became his ‘dog leg’. However, all this is no match – The film emperor actually became his value powder. Luo Su: This is impossible, the cold movie king can not be so superficial! Shadow Emperor: I am actually a face value party. – Description from Novelupdates Details Show more Show more

Domineering Crossing: The Ghost Eye Concubine of the Storm King

Love from the Male Protagonist’s Harem