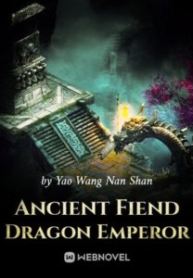 The Ancient Fiend Dragon Emperor, Su Han, had once governed the holy realm and held sway for a whole century as the most powerful man of the entire galaxy! However, after his death from berserk Qi deviation due to merging different cultivation levels, his men mutinied, his lover fell into a deep sleep, and his best friend became a fugitive! Now, after being reincarnated, Su Han will surely make a comeback and turn things around, killing everyone that had once betrayed him!

Trembling At A High Altitude

The Most Powerful Fisherman in the Heavens

March 19, 2021
We use cookies on our website to give you the most relevant experience by remembering your preferences and repeat visits. By clicking “Accept”, you consent to the use of ALL the cookies.
Do not sell my personal information.
Cookie settingsACCEPT
Manage consent