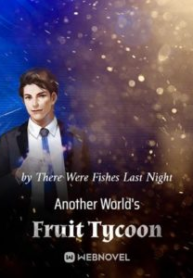 There Were Fishes Last Night

When Zhou Kun traded the cantaloupes in his warehouse for a handful of gold coins from a giant dragon, he thought that it would be a feasible business.
When the other world became chaotic and a nations was exterminated because of a crate of dragon fruit that Zhou Kun had brought, he felt that it would be a profitable business.
When the fruit wholesalers around Zhou Kun were desperate to purchase the fruit that he had brought back from the other world, he felt it was time to manage the fruits of the two worlds and become the biggest fruit wholesaler!

Business Management
We use cookies on our website to give you the most relevant experience by remembering your preferences and repeat visits. By clicking “Accept”, you consent to the use of ALL the cookies.
Do not sell my personal information.
Cookie settingsACCEPT
Manage consent