Augustus Under the Horseshoe 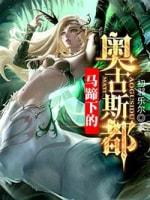 The north wind is mingled with the snow, and year after year, the world is getting colder and desperate.

In order to survive, they went south, attacking the increasingly weak frontier post of the empire.

The Romans tried to hire more foreign races with land and money, turning them into their own pawns, and dying to fight in a defeated chess game.

However, it is like drinking poison to quench thirst.

Let the empire’s territory, under the control of countless clans, large and small, become more and more fragmented.

For survival. Countless monster clans either looted Roman cities and villages, or were hired by Rome to fight bloody battles with other alien races… Under the bitter cold, a crazy feast about the doomsday has quietly pulled away their blood-stained ones The curtain of death.

The Vixen is Attacked

The Moon In My Arms

The Baby Raising A Devil