Before Prying Away the Small O 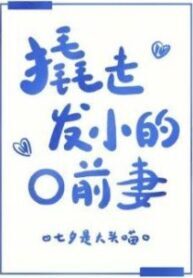 Tanabata is a big head meow

You Chenxing is the most stubborn, and after getting married, he accidentally enlarged other people’s stomachs. After being smashed by You Chenxing, he begged her to keep it secret. And Fa Xiao’s wife, omega Yun Wan, who was once known as the first rose in Beijing, It is the sweetheart that You Chenxing can’t say, the love at first sight in his youth, the red rose hidden in his dreams. After years of friendship, You Chenxing did not reveal any little secrets. But taking advantage of Yun Wan’s father’s unexpected imprisonment, When he was detained in his own department, he saw a needle in the hole, and when the two divorced, he pried a small corner of the wall. * Yun Wan didn’t expect that the object Shen Li would be able to make a baby outside behind her back. The target’s hairpin, You Chenxing, is also a beast in clothes and has unreasonable thoughts about himself. But the appearance of You Chenxing quickly made Yun Wan realize, The ultimate revenge is not just divorce so cheap… And after this conjecture, she nestled in You Chenxing’s arms, Watching Shen Li, who was on the verge of being broken because of breaking their intimacy and returning, Got the best proof… Content Labels: Strong and powerful family has a soft spot for it Search keywords: Protagonists: Yun Wan, You Chenxing ┃ Supporting Actors: Pre-receive “The Fascinating Ex-Wife O Has a Cub on My Back” for collection One sentence introduction: Which cookie are you? – Description from MTLNovel Details Show more Show more

Back To the Past To Fall In Love