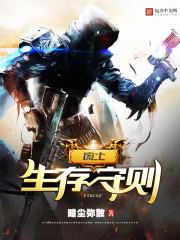 The nuclear war that broke out due to the energy crisis led to the arrival of a nuclear winter, and the surviving humans were forced to live in underground shelters.

However, the resources of underground reserves are ultimately limited. In order to return to the ground as soon as possible, a fully immersive game called “Wasteland Survival Code” was forced to be promoted in all underground shelters.

In this game, everything that may happen on the surface is perfectly imitated, radiation, hunger, monsters… Players may face a variety of deadly threats. However, each person can only be resurrected three times in the game. opportunity.

Once the resurrection opportunities are exhausted, the intelligent main control system of the refuge will automatically cut off all the supplies of the player in reality…food, water…even, including oxygen.

The text of the apocalyptic wasteland style online game, the game part is set for reference to the radiation series of B company.