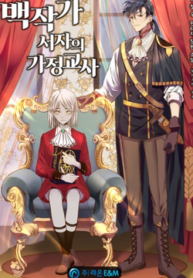 The protagonist Kang Tae-min was the best hunter, but he was injured and resting.

There was a novel he liked the most, but it was an unusual novel.

When the main character dies, time goes back to the first time

Whenever time is turned, one important person changes to another person.

(The main character does not have a memory, the character changing has a memory)

The important person who changed at the ninth round

Try to clear the novel.

In the changing situation, readers are mostly off.

Then the 9th failed

Suddenly he woke up to himself in a novel.

In this way, he is caught in this world and finds out that he is in good faith.

A world that has not been cleared nine times

The protagonist tries to clear it in several ways.

First, we enter the homeroom teacher of the novel.

Legend of the Great Sage

The Caveman Made Me Awesome

Fantasy World, Knowledge of Future, Korean, Male Protagonist, Sword And Magic, Transported to Another World
We use cookies on our website to give you the most relevant experience by remembering your preferences and repeat visits. By clicking “Accept”, you consent to the use of ALL the cookies.
Do not sell my personal information.
Cookie settingsACCEPT
Manage consent