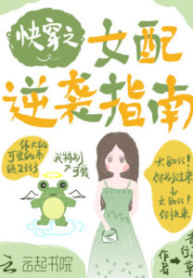 Counterattack Guide of the Female Cannon Fodder Average 3.5 / 5 out of 4

Su Li, who failed 10 consecutive missions in the plot maintenance department, finally has the opportunity to change departments. So she… after torturing and derailing the rich son, the pretentious king, the straight male overbearing president, and the selfish prince, Su Li said that the counter-attack task was just a piece of cake for her~ The story of a tragic woman who abuses a scumbag and slaps the white lotus on her face and then loves her cool husband.

The Editor Is the Novel’s Extra

The Invincible World From Douluo

Female Protagonist, Possessive Characters, System Administrator, World Hopping
We use cookies on our website to give you the most relevant experience by remembering your preferences and repeat visits. By clicking “Accept”, you consent to the use of ALL the cookies.
Do not sell my personal information.
Cookie settingsACCEPT
Manage consent