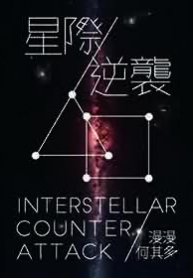 Counterattack [Interstellar] Average 5 / 5 out of 2

Alan Norman, the former crown prince of the Norman Empire, fell to the bottom of his life when he was an adult. The crown prince, military power, and beloved generals were all taken away. When he was exiled, Alan vowed that he would one day be taken away. Get them back one by one.

Pei Yao, the youngest soldier in the Paladin Legion, descendant of the Expeditionary Army, and the strongest barrier of the Norman Empire, was unable to escape because he learned of the shocking secrets of the former Crown Prince Allen and was involved in the empire disputes.

To put it simply ^^, this is the story of a secondary gangster who grew into a domineering and black attack, and used mental power and pheromone to successfully train a foolish loyalty into a family loyal dog.

The sentinel guide is set to two pinch, not knowing the setting does not affect reading, love you ^^

Break Into Another World