Cultivating In The Entertainment Industry 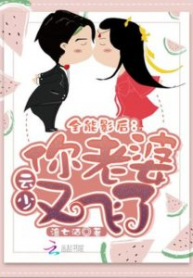 Cultivating In The Entertainment Industry Average 4.7 / 5 out of 3

Lin Rui, the daughter of the upstart. In the end, there was an accident, and a wisp of fragrant soul of another world revived in this body. The strongest female fairy Lin Rui looked at the mirror with smoky makeup and dyed colorful hair, her mouth twitched. This…what is it? !

“Mr. Yun, Lin Yinghou’s Wia is broken, only one is left, and she is still flying on it!”

“Mr. Yun, Lin Yinghou went to the virgin forest to participate in a reality show, and brought back a group of wild beasts!”

“Mr. Yun, Lin Yinghou’s scandal is hotly searched. It is said that Lin Yinghou followed a mysterious man…Huh, where is Mr. Yun?”

May The Peace Be With You In The Golden Age

Beast Companions, Beautiful Female Lead, Chapters Reviews, Cold Protagonist, Cultivation, Female Protagonist, Handsome Male Lead, Magical Space, Reincarnated in Another World, Weak to Strong
We use cookies on our website to give you the most relevant experience by remembering your preferences and repeat visits. By clicking “Accept”, you consent to the use of ALL the cookies.
Do not sell my personal information.
Cookie settingsACCEPT
Manage consent