Dark God: I Was Treated As A Supreme God 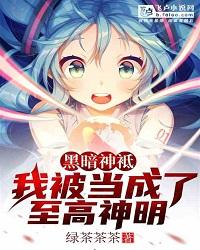 Parallel world mysterious can rise. Everyone can use the mysterious energy in the universe to awaken various abilities and become a powerful power user. . When Lin Feng woke up with super power, a star map appeared in his mind. When he lit one of the stars, a star appeared in a dark world without any light! The life in the dark world is so excited that he regards Lin Feng as the supreme god who brings light, and frantically worships and sacrifices! “Your saintess, the Queen of the Silver Moon, sacrifices the heart of the Thunder Dragon, and you gain the power of thunder.” “Your holy elf queen sacrifices the fruit of life, and you get +100 years of lifespan.” “Your queen, the queen of the cat ears, sacrifices one princess cat ears, and you get the cat ears for daughters*1.” Thousands of years later, Lin Feng reigned over the world and became the supreme and eternal God. With a single thought, the entire universe trembled for it! (Visited 2 times, 1 visits today) Show more

When I Abandoned the Protagonist

Black Lotus Daughter She is Not Easy To Mess With