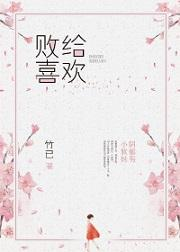 The man was sitting in a wheelchair, half of his face was covered by shadows and he had a set of peach blossom eyes with deep double eyelids. He obviously had a passionate face but his expression was as cold as ice.

Shu Nian held her umbrella and called out to him uncertainly, she then said. “Did you not bring an umbrella? How about I—”

Xie Ruhe’s eyes drooped, he didn’t finish listening to her and went straight into the light rain.

A long while later, Shu Nian came out of the bakery holding a kraft paper bag. In a blink of an eye, the rain had turned heavy, pounding on the concrete floor.

Xie Ruhe appeared from nowhere, holding an umbrella and stood beside her. Seeing her looking over at him, he asked. “Do you have an umbrella?”

Shu Nian nodded and took out an umbrella from her bag. The next moment, Xie Ruhe stretched out his hand to close his umbrella and said blankly: “Mine is broken.”

When the Style of the World Changes [End Times]

The Sweet Wife In Master Qin’s Arms is a Boss

Buy a Daddy to Baby My Mommy