Director Loves No One 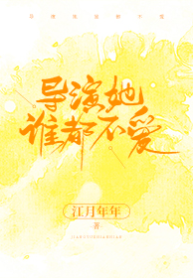 Thirty years ago, Chu Xiaxing was a well-known and talented young female director.

※
She spent her life practicing her dream of being a director, received countless major awards, and left a big legacy in the history of filmmaking, but was alone in her final years, and even her funeral was organized by her niece.

By chance, Chu Xiaxing had possessed the popular actress embroiled with scandal, Chu Xiaxin, who slit her wrists, and took over the bad life of the other person.

※
On the set, the director repeatedly berated and made things difficult for Chu Xiaxin, who had joined the group at the expense of funding, accused the other party of poor acting skills, yet the director suffered a brazen rebuke.

Chu Xiaxing: Nonsense, obviously it’ s you who cannot direct the scene.

Director (sneer): If you can, why don’t you do it? You can be the director!

The scandal-troublesome actress Chu Xiaxin suddenly announced that she had changed her career to become a director, instantly shocking the entire world internet!What’s even more frightening is that …… she filmed pretty damn good? Actually crushed a bunch of veteran directors!

Ascending, Do Not Disturb

Acting, Appearance Different from Actual Age, Beautiful Female Lead, Calm Protagonist, Celebrities, Charismatic Protagonist, Female Protagonist, Modern Day, Mysterious Past, Slow Romance, Wealthy Characters
We use cookies on our website to give you the most relevant experience by remembering your preferences and repeat visits. By clicking “Accept”, you consent to the use of ALL the cookies.
Do not sell my personal information.
Cookie settingsACCEPT
Manage consent