Doomsday: After Being Wronged And Dying, I Become A World-Destroying Demon 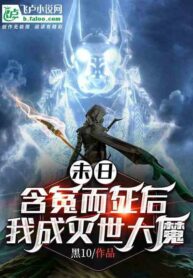 Read Doomsday: After Being Wronged And Dying, I Become A World-Destroying Demon The end is coming, the eternal night is coming.   Blue Star became a purgatory on earth overnight.   The desperate discovery of the Blue Star human beings is the source of all these disasters.   It turned out to be because of a person who was sentenced to death by them and finally resisted suicide!   Be brave and save the school beauties from being violated by the rich second generation, who accidentally fell into the river and died!   The school beauty was bribed, framed Chen Xuan to kill the rich second generation, and was sentenced to death!   Subsequently, the capital framed, and the whole people’s Internet violence, Chen Xuan’s family was indirectly mutilated to death after being unbearably humiliated!   The other people that Chen Xuan once bravely rescued, framed him as a show, to gain attention, and for traffic!   In the face of the enemy who once saved, but revenge, framed and betrayed himself.   Chen Xuan turned into a blood-colored demon and brought down the catastrophe;   It is bound to pay back the humiliation he has suffered a hundred times and a thousand times.   The world is filthy.   Then chee…   mtl novel faoo novel Show more

Game of the World Tree