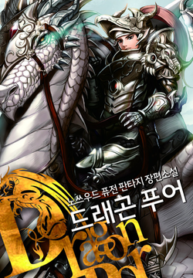 After being summoned in this other dimension world, all of the people that were summoned had their classes awakened. As someone that doesn’t even know English, Kim Sunhyuk had awakened as the lone Dragon Rider. But wait, there are no dragons?!?! They looked down on him, shunned him for being worse than a regular soldier, and called him a dragon-less rider. But little did they know that he would soar the skies on one above them.

Fantasy: What To Do If You Are Too Rich

The First Sword of the Earth