Dressed as an Idol’s Sister 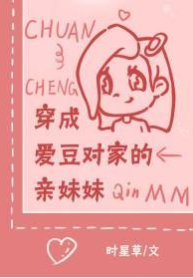 In particular, Mr. Lu Yan showed off his younger sister, relying on the frantic search for the “good brother of the nation”!

Until one day, not only did she become Lu Yan’s daily dazzling younger sister, she was also forced to bind a “sibling relationship system that moved the heavens and moved her,” and she had to blow rainbow farts to her brother every day.

Dingliu Shengheng and his opponent Lu Yan have been incompatible with each other, and everyone knows them.

It is said that even the sister and the cat in the house hate me.

As a result, one day, he heard–

“Brother, help me find Sheng Heng for an autograph, okay?”

“Brother, you are not handsome today, my idol is the most handsome.”

“Brother, don’t bother me. I want to vote for Shengheng. Your number of fans is about to surpass him.”

Later, Sheng Heng and Sister Lu were on the hot search for their love video.

Lu Yan was so angry to find someone to settle accounts: Shenggou, that’s my sister!

Sheng Heng looked at him calmly: I know…Brother.

Fuck, don’t think you become my brother-in-law and I will show mercy to you! !

Note: There are emotional lines and family lines, and the sand sculptures are sweet and cute.

There is a draft competition, refer to a domestic variety show setting, but the protagonist has no prototype! Everything is overhead in the background.

My Fake Brother Is In-Love With Me Again

After Rebirth I Became Spoiled

Mr. Yuan’s Dilemma: Can’t Help Falling in Love with You

After Rebirth, the Scum All Cry for Forgiveness

Beautiful Female Lead, Female Protagonist, Handsome Male Lead
We use cookies on our website to give you the most relevant experience by remembering your preferences and repeat visits. By clicking “Accept”, you consent to the use of ALL the cookies.
Do not sell my personal information.
Cookie settingsACCEPT
Manage consent