Dressed as Cannon Fodder Abandoned by the Actor 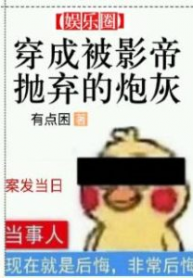 Dressed as Cannon Fodder Abandoned by the Actor Average 4.3 / 5 out of 3

Then he randomly arrived at a face with the best appearance in the full text.

But this is of no use. Cannon fodder is cannon fodder. He has no sense of existence in his whole person. Everyone uses him as a background board.

Now, the plot has reached the end, and he is about to be abandoned by the successful actor.

Gu Qingchi’s eyes were full of tears: finally waiting for this day.

Really beautiful in the flourishing age, the kind of c-place debut in this world that can rely on the face after the cannon fodder plot.

The well-known actor’s love affair was exposed, and the fans killed him aggressively, and finally found that his colleagues were licking their faces.

Sorry, I climbed the wall.

Regarding the raging scandal between the two.

Xie Luyu is eager to clarify: he has already obtained the certificate.

Gu Qingchi hurriedly set aside: He was clearly divorced.

Xie Luyu knelt down with a thump: I regret it now, very regretful.

Entertainment Pioneer: He is a treasure left by God on earth.

One sentence introduction: I divorced on impulse, now I regret it

The Struggles of Being A Mother of Villains

The Queen of Everything

Rebirth to the Eighties to Get Rich