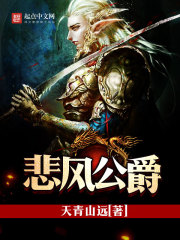 The Arcane Empire, the most powerful empire in the world of Asatom, has ruled nearly half of the material planes. In addition to the stubborn warrior kingdom and alien races, they have reached the peak of world power, but Not satisfied with this——

Raising the magic net, the ensuing great magic wave made the arcanists ecstatic, but the gods who fell into the world were afraid, and set off a war that was nominally ‘liberated the slave’.

In the end, the Arcane Empire was expelled from the main material plane, but the deity was unable to return to the upper plane because of the magic net and the spirit of the magic net.

The Pinnacle of Martial Arts Cultivation

September 11, 2020
We use cookies on our website to give you the most relevant experience by remembering your preferences and repeat visits. By clicking “Accept”, you consent to the use of ALL the cookies.
Do not sell my personal information.
Cookie settingsACCEPT
Manage consent