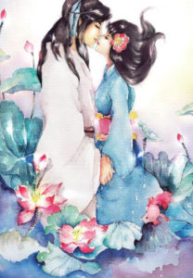 This is a wondrous story of a millenium lotus fairy called Yandan.

According to the order of appearance of male characters:

Mr. Mountain Lord is a gentle and silent caring man, yet he had made Yandan as the worst example for girls who want to marry.

Mr. Taoist Master is handsome, but his words are sharp and blunt. He caught Yandan, the lotus fairy, and locked her into an enchanted equipment and tortured her mentally over and over.

Mr. Palace Lord is knowledgeable and elegant, although has a weird habit of using other’s faces.

There is one thing in common between those guys, which is the fact that they are all prudent and shrewd. Lotus Fairy took advantage of her hardworking, considerate, eloquent, and flattering company in a struggle between them.

I Spread The Pokemon All Over The World