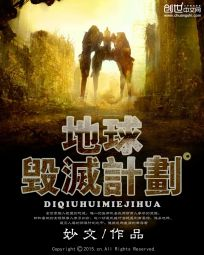 In the not-too-distant future, in 2019, Hao Zhi and a few friends accidentally discovered an elevator in the ancient tomb. They discovered a shocking conspiracy, the mysterious scientist in the ancient tomb, and the experiment of the resurrection of the dead. The supercomputer ten years ago, the hunting secret agent killer… A series of incidents that seem to be unrelated, but gradually revealed the hidden side of the world, the girlfriend was killed, the friend mutated, and the situation was overwhelming. Still undecided, the aliens have quietly descended on the earth again. Humankind is in danger before the end. Will they have a chance to defeat the alien race with technology-like gods?

The Villain Is So Fierce, How Do You Let The Protagonist Play?

The Whole World Thinks He’s Secretly In Love With Me