Entertainment: No Money to Surf the Internet, Forced to be a Top Dtreamer! 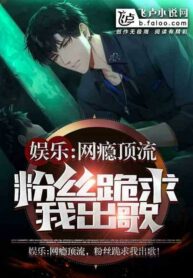 Entertainment: No Money to Surf the Internet, Forced to be a Top Dtreamer! Average 3 / 5 out of 1

Qin Feng, who is an internet addict, travels through a parallel world and finds that there are no songs and entertainment works from his previous life.   So, in order to pay for the Internet, he released classic songs one after another.   After getting a lot of royalties, he indulged in krypton gold online games again.   However, his songs caused a huge sensation in China, and the fire spread all over the country.   It’s just that because he is addicted to online games and no longer sings, only the legend of Qin Feng is left in the music world.   On this day, Qin Feng scanned the QR code as usual, “Ding! Your bank card balance is insufficient!”   Without money, Qin Feng had no choice but to hold a concert and release new songs.   As soon as the news came out, the music scene was a sensation!   “I am afraid that the only thing that can make Qin Feng come out is the internet fee!”   “Qin Shen! For the sake of the Chinese music scene! Please stop your internet addiction!”   “Brothers, in order to let Qin Shen write songs well! We can only cut the network cable of Penguin Company!” Show more

Traveler In the World

It’s No Use Calling Me Mom