Falling into the Abyss 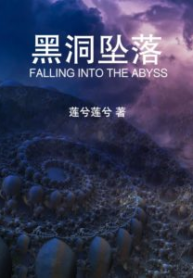 Ethan, the former secretary working for the Energy Bureau of Earth Union, was detained in a place called ‘Forbidden City’ after being deprived of his moral value points for committing treason. Everyone in the city is tr*sh among humans. They have to continually go on specified hazardous and terrifying missions for the sake of atonement and to exchange moral values points. If their moral value points reach 100 one day, they would obtain a chance to be released from the Forbidden City and return to the world of the humans to restart their lives as a human. But it was said that once someone enters the Forbidden City, no one can come out alive.

Ethan just wanted to live, but from his first mission, he felt like he had descended into a whirlpool of terror. In front of these huge monsters that could devour the entire universe, he can only keep falling.

This novel is inspired by Lovecraftian horror.

My Weibo Page is Able to Tell Fortunes

The Growth of the Richest Man

Break Up with the Green Tea Heroine First