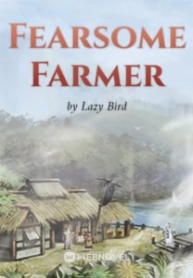 Li Siwen finds himself transmigrated as a NPC farmer in a game. But in this game, it’s possible for farmers to die. As he strategizes to survive in this unfamiliar world, he slowly begins to get a grasp of his abilities. However, with an all-powerful Feudal Lord and the hierarchy of the territory oppressing him, will he be able to survive in this world?

Private Awakened During The War

Crafting, Farming, Game Elements, Male Protagonist, Mob Protagonist, Slow Growth at Start, System Administrator, Transported into a Game World
We use cookies on our website to give you the most relevant experience by remembering your preferences and repeat visits. By clicking “Accept”, you consent to the use of ALL the cookies.
Do not sell my personal information.
Cookie settingsACCEPT
Manage consent