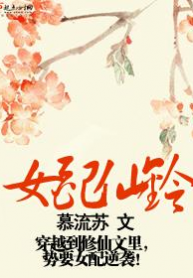 The moon is hazy, as if to attract fairy spirit. When Su Zishuang opened her eyes, she turned out to be an eleven-year-old peasant girl, and was facing the crisis of being forced to be a child bride. What’s more, this is a world in the fairy cultivating books, and the peasant girl she possessed will be a cannon fodder of the HuanXi Sect in the future.

This female cannon fodder endured hardships at a young age. Although there were some opportunities in the future, after meeting the real heroine, she became a model of giving money and magic weapons.

Finally, after being squeezed out by the real heroine, she was brutally killed. Su Zishuang evaded the suppression of the invisible hand of Heaven with difficulty. With a magical fairy bell, she trudged step by step on the road to rewrite the tragic fate…

After Marrying the Evil God