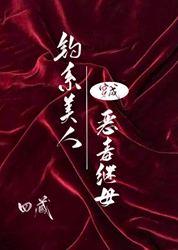 Qiao Sha was punished and bound to the task of [Vicious Stepmother] because of the pua system, and she became the vicious stepmother of the heroes of all walks of life—— The vicious stepmother who abused and framed the poor male protagonist “Young Master Gray” in the overhead novel, and was finally hanged on a horse pile. Drive Jack Suwenli’s “Snow Prince” male protagonist out of the palace, murder and gouge his heart, and finally the femme and scorpion stepmother queen with no bones. The snobbish and beautiful widow who killed the hero of the starting point text to death, and cut off her hands and feet after being counterattacked by him. There is also the poisonous little Jiao Niang who sent her stepson into the palace to be an eunuch. The indescribable person is a stepson… The system waited for her to repent and reform in the midst of her misery. She did not expect Qiao Sha to go to the countryside to follow the customs, playing the glamorous stepmother and becoming the most memorable and poisonous woman on the road to the hero. She “tortured” Young Master Hui’s stepson and became the Holy God of Light. Give Snow White’s stepson “care and education” to make him a fallen god. Let the starting point Wen’s step-child “breaking love and abandoning love” become the heavenly monarch who dominates the three realms. Let the eunuch’s step-son become the regent who is in power and feared by all people under her “informed teaching”. Even the indescribable grandson also feels the awfulness of human beings… It’s just that the task is half done, these stepson heroes have become… weird? Stepsons: She is so bad, how can she forgive her easily, let her go, let her leave my world… Then no one will protect her. [Character of the heroine-three happy events in life: upgrade, get rich, and die husband. ] World One: Western Fantasy [Sex to Cinderella’s vicious stepmother] is over. World Two: ABO [Domestic Jack Su’s Bad Woman (with male mother plot)] is over. World Three: Xian Xia [Gorgeous heroine kills her husband to prove Dao] is over. World Four: Modern Outpost [Dog and Bad Woman] is over. (In this world, there is a plot of the heroine pua, the heroine, and the hero, please be careful to enter) World Five: The old saying [eunuch’s vicious stepmother] is over. ps: Quickly pass through the text, 1v1, the heroine has penetrated into a completely overhead novel world, has nothing to do with fairy tales, not a derivative. ps2: The CP of the heroine is not a stepson. Content tags: female match sweet text fast wear cool text Search keywords: Protagonist: Qiao Sha Supporting role: 101 Others: Stepmother One sentence introduction: Three happy events for the heroine: upgrade, get rich, die husband Idea: Every role in life is valuable – Description from MTLNovel Details Show more

My Mind Goes Straight To the Sea