From Soldier To Emperor 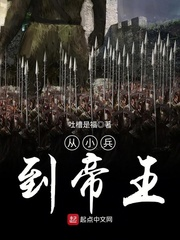 This is a historical parallel space that has been intruded into by the warhammer races. Greenskins and lycanthropes have destroyed the countries in Central Asia. The invincible Datang in East Asia is at stake under the massive invasion of Greenskins. The local Jidu has taken the opportunity to support its own troops. !

The dark elves established a huge Ottoman empire in the Middle East, the high elves became the ruler of the English, the dwarves brought northern Europe into the age of firearms ahead of schedule, and the cannons of the warhammer human empire made the European hegemony of the Habsburg dynasty crumbling!

The lizardmen and ratmen became the nightmare of Native Americans, and the undead army led by vampires and tombs fought for Africa.

However, asexually reproduced green skins spread all over the world, becoming the most terrifying locust plague on this parallel plane!

In the legendary world node, the Chaos Legion is making the final preparations for invading this world!

At this time, our protagonist comes with an upgradeable horse riding and slashing system…

The Bald Monk in the City

I Became the Ultimate Boss