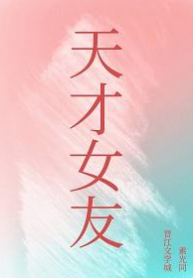 Genius Girlfriend Average 5 / 5 out of 1

When Jiang Yubai was nine years old, he unfortunately became the same table with Lin Zhixia. His daily life includes reluctance to get up, fear of going to school, crushing self-esteem, reshaping self… etc.

On the day of Jiang Yubai’s seventeenth birthday, Lin Zhixia suddenly said to him: “Jiang Yubai, I like you, in the philosophical and biological sense.”

On that seventeen-year-old night, his cheeks were slightly hot, and he heard his heart beating faster.

So he asked: “Is this a sustainable, non-incidental, and deterministic feeling?”

Jiang Yubai nodded: “So you like me so much.”

Lin Zhixia: The Protagonist of the Sky, the Talented, the Natural Stunner, the Heroine Who Doesn’t Work Right

[2] This article is also known as “Beauty Professor and Handsome President”, and will be completely reduced to a presidential post in the later period.

[3] The second female has a crush on the heroine (yes, it is a crush). Later, the second girl also found a like-minded girlfriend.

[4] Research and academics are both lifelong pursuits of the heroine.

*All paper citations in this article will adopt Harvard standards*

PS: The declaration of participation cannot be changed… The academic details of this article are not sufficient, please forgive me, thank you QAQ
[The copy was released in October 2019, when the supporting role column was fixed]

Content tags: A match made in heaven, the pride of heaven, childhood sweetheart, industry elite

One sentence introduction: The growth path of geniuses learning God

The Koi Fairy Wife Is Sweet as Honey

Mr. Yuan’s Dilemma: Can’t Help Falling in Love with You

Beautiful Female Lead, Childhood Friends, Female Protagonist, Genius Protagonist, Handsome Male Lead, Modern Day, Power Couple, Protagonist Strong from the Start
We use cookies on our website to give you the most relevant experience by remembering your preferences and repeat visits. By clicking “Accept”, you consent to the use of ALL the cookies.
Do not sell my personal information.
Cookie settingsACCEPT
Manage consent