Get to Know about Wife Fan 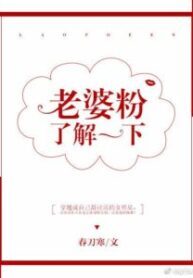 As a wife fan of the popular idol Huo Xi, Qiao Qiao’s most hated person is Sheng Qiao, an actress who ties up with Huo Xi for hype. Besides taking camera to join some activities, her major daily life is to diss this white lotus sincerely. She doesn’t expect that she becomes Sheng Qiao after her head was hit one day. During the shooting process of her first cooperated love drama with Huo Xi, the first scene was NG for 27 times. Huo Xi: Sheng Qiao, can you do it or not? If you can’t , you can be replaced! Qiao Qiao: Husband, don’t be angry, I can do it! Huo Xi: ? ? ? Media: Sheng Qiao Leaks Out a Close Appellation, Huo Xi’s Hidden Marriage Exposure Fans: You f*cking shit, Sheng Qiao, you lotus bitch, come out quickily and apologize and clarify! The next day, Sheng Qiao explains in Weibo: Well… Wife fan, get to know? Fight back in a desperate condition and hold the throne strongly. [From being sneered at by all netizens to being supported and liked by them, the heroine also falls in love with her idol by the way.] Popular star Sheng Qiao is recently photographed dating the Film Emperor. In an interview with the media, Huo Xi is asked to send his wishes to this fan in the entertainment circle. He looks coldly at the camera: Fake. Sheng Qiao dispels rumors in Weibo hurriedly: I only like my idol. I’m not double-minded. Thank you. At that night, idol gnashes his teeth in anger next to her ear: Announce our relationship. Immediately! Right now! – Description from Novelupdates Details Show more Show more

Transcend Race Due to System Error