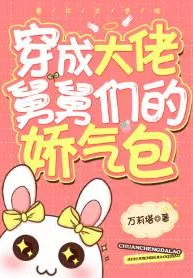 Su Tian penetrated into a novel and became a cannon fodder of the same name.
The female partner Su Tian was once a smashing national girl, and her super cute emojis spread all over the Internet.

Time has changed, and the daily group of netizens laughs at the small emoticons that are crooked and crooked.
Especially when compared with the step-sister Xueba who made her debut in an intellectual variety show.
Fortunately, Su Tian’s mother has several younger brothers who live outside.
One day, the big brothers and uncles came to find one by one…

The mad boy star actually stayed in a mansion with hundreds of billions of dollars under the name of the Consortium Kuo Shao, and the sunspots started spraying: Su Tian is probably covered!
Consortium Kuo Shao: Tian Tian is my niece.

The Oscar actor took the initiative to invite mad child stars to play, and his girlfriend fans fired: Shamelessly rubbing the hot dog, my brother focuses on his career and has no intention of falling in love!
Young actor: Tian Bao is the daughter of my sister.

What’s even more suffocating is that everyone’s eyes are so overwhelming that they are so beautiful as a fairy after removing their makeup! He also became the new champion in the college entrance examination! !

Su Tian gradually became accustomed to being held in the palm of the palm of the four big brother uncles.
Until one day, the world’s richest man, the prince, pushed her into the car with a sullen handsome face.
The girl tremblingly looked at the richest man who eventually made his uncles bankrupt.
The prince squeezed her flushed face, “Ms. Su is interested in being the wife of the richest man?”
Su Tian was about to cry in fright, and said tremblingly: “You don’t grab your uncle’s company… you can barely be a friend.”

Alchemy Emperor of the Divine Dao

After Transmigrating, the Bosses Begged Me to Plant the Land