Global Job Change: Starting With The Hidden Job, Lord Of The Death 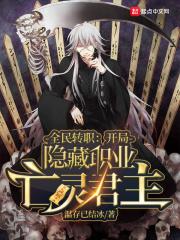 Global Job Change: Starting With The Hidden Job, Lord Of The Death Average 5 / 5 out of 1

Global changes, calamities come, and monsters plunder. In order to resist monsters, the global data will be digitized, and everyone will get a combat occupation or auxiliary occupation through awakening and transfer at the age of eighteen, and they will become stronger by killing monsters. Lu Yan awakened the weakest fighting professional undead mage at the beginning, but obtained the professional support system, and the second awakening concealed the professional undead monarch. “The necromancer is crispy, and it’s gone when touched.” “This guy is really unlucky. Although he awakens to a combat profession, he is the weakest. He can also summon a few skeleton soldiers, which is useless.” “And the number of necromancers is very small, basically there is no experience and resources to inherit, and the future is worrying.” “Hahaha, I have awakened the Paladins, your Almighty King is here.” Soon after, Lu Yan was wearing undead ghost armor, holding a ghost scythe, with an army of 100,000 undead behind him, and a scythe split the epic monster in half. You said that the necromancer is weak, what does it have to do with my undead monarch? Show more

Running Away From The Hero!

The Protagonists Are Murdered by Me