Godly System: From Fire to God 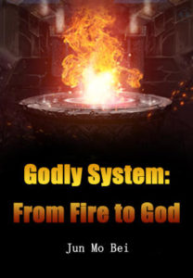 After travelling to the continent where the deities fought, Lin Mo unexpectedly discovered that he had turned into a ball of fire. Fortunately, they were bound to the God System. As long as they continued burning, they would be able to obtain experience points and the devout faith power of their followers.

The demons called him the Sacred Light Flame. That night, the abyss where all the demons gathered was illuminated as bright as day by the flames.

The Gods called him the Annihilating Inferno. The Heavenly Ice Frost God’s glacier island had been vaporized by the flames.

All living beings said that he had saved the world from the sacred fire. The war between the gods that had been going on for hundreds of millions of years had been completely destroyed by him.

From the humble and weak Flame Spirit to the Flaming God that united all of the Gods, this was a legend …

The Whole Tribe Wants To Have Baby With Me