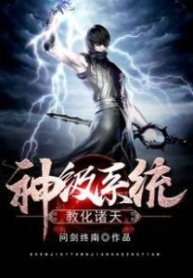 Godly System Moralizes the World Average 3 / 5 out of 2

Cross the world and enlighten the heavens!

Xiao Tian accidentally obtained the Saint Master System of Ten Thousand Realms, and he was out of control since then.

“I remember teaching him a few tricks back then, and I don’t know how he is doing now.”

“You said Lin Jingyu?” “Of course I remember, the talent is pretty good, and I barely qualify to be accepted as a disciple.”

“Of course I am familiar. This is one of my most satisfied disciples. How could I be unfamiliar?”

This is the story of Xiao Tian becoming the Supreme Master after gaining the system.

I Really Didn’t Want to Be Famous

Ancient China, Chapters Reviews, Fan-fiction, Godly Powers, Handsome Male Lead, Harem, Harem-seeking Protagonist, Harsh Training, Imperial Harem, Male Protagonist, Overpowered Protagonist, System, System Administrator, Transmigration
We use cookies on our website to give you the most relevant experience by remembering your preferences and repeat visits. By clicking “Accept”, you consent to the use of ALL the cookies.
Do not sell my personal information.
Cookie settingsACCEPT
Manage consent