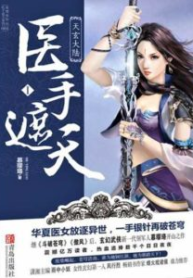 Godly Talented Doctor Average 3 / 5 out of 1

Mu Zhili, the third daughter of the Mu family of the Profound Sky Continent, had a prominent background, but she was known for her ugly appearance and worthlessness.

When she died, a medical genius was reborn in her body, she became capable of curing all diseases with silver needles.

However, her family poisoned her and hindered her great potential. If no one else was going to help her, she would do it for herself. Her rule was to keep it humble. Her hobby was to pretend to be a pig and then eat a tiger.

In a contemptuous and evil world, she would return as the king and show her strength. Profound Sky Continent, let’s see the one who was so medically talented that people call her goddess!

Alchemy, Arrogant Characters, Beautiful Female Lead, Black Belly, Cultivation, Doctors, Female Protagonist, Genius Protagonist, Hidden Abilities, Hiding True Abilities, Medical Knowledge, Schemes And Conspiracies, Special Abilities, Transmigration, Unique Cultivation Technique
We use cookies on our website to give you the most relevant experience by remembering your preferences and repeat visits. By clicking “Accept”, you consent to the use of ALL the cookies.
Do not sell my personal information.
Cookie settingsACCEPT
Manage consent