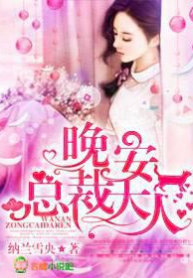 ——The person I love, I want to be able to occupy his entire life. Before he touches me, he has no past, leaving a blank waiting for me. “siege”

In the eyes of outsiders, that man is sinister and cunning, with ruthless methods, everyone avoids it for fear, but he only pets a woman into his bones, and does not allow anyone to step into the restricted area!

The darkness in his heart was so strong that it was suffocating, but he was helpless to give way to her.

“Mr. Lei, I heard there have been rumors that you have a crush on me?”

The man opposite did not look up and dealt with official affairs.

“I swear to God, I will never dream of you!”

I don’t know which dog deceives the crowd.

Hearing a slap in his ear, the man’s signature pen was forcibly folded into two.

The eyes are facing each other, and the indoor temperature drops sharply.

★The second part of You Are My Sunshine series

For you, I also have the eagerness to move towards the light, the world will not be too lonely with me.

When the pit is opened for another year, um~ the introduction is still incompetent, welcome everyone to jump into the pit!

The Good for Nothing Seventh Young Lady

Transmigrated As My Former Uncle’s Sweetheart

Beautiful Female Lead, Calm Protagonist, Doting Love Interests, Female Protagonist, Handsome Male Lead, Power Couple, Revenge, Schemes And Conspiracies, Smart Couple, Strong from the Start, Wealthy Characters
We use cookies on our website to give you the most relevant experience by remembering your preferences and repeat visits. By clicking “Accept”, you consent to the use of ALL the cookies.
Do not sell my personal information.
Cookie settingsACCEPT
Manage consent