Guard With a Knife 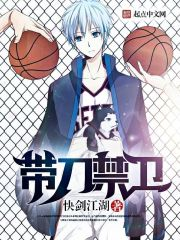 [Guard with a knife, as the name suggests, a point guard in the penalty zone who is struggling for life. ]

Dugge, an international student at UCLA Anderson School of Business, has had bad luck since receiving a full scholarship.

First, he was assigned to the dormitory of basketball players, and he had various problems with the over-the-top super five-star player Darren Collison, and there were constant quarrels.

Then he was hit by a Hollywood actress driving a pickup truck.

In the end, he was hit by a meteor.

The most unacceptable thing for Doug is that the physical fitness of the roommate Russell Westbrook, who has shared 20% of the heat, has jumped up and upgraded in an all-round way. He became a ‘half man, half iron’.

So, three weeks later, he walked into the UCLA Bruins training hall, and he planned to find an answer for his body.

Super Lord of the Rings

The Ball at Your Feet

Basketball, Blacksmith, Handsome Male Lead, Harem, Harem-seeking Protagonist, Showbiz
We use cookies on our website to give you the most relevant experience by remembering your preferences and repeat visits. By clicking “Accept”, you consent to the use of ALL the cookies.
Do not sell my personal information.
Cookie settingsACCEPT
Manage consent