Guards of the Sky: The Lord has been Abandoned Again! 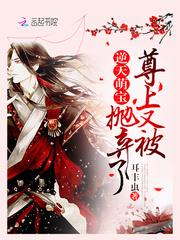 A certain Daibao is a face control, and one day he caught a handsome guy who wanted him to be his father.

A certain woman shook her head when she saw it, “Son, you should give up. Back then, my half-sister found me a ugly man to harm me, so you can only wait for the next life if you want to have a handsome father. Up!”

The man’s face turned black when he heard it.

The ugly man in her mouth is him!

But he would never admit to himself that the sloppy man with sores on his face was him!

A certain man “I want to look good and have power, what’s wrong with your son’s recognition of me as a father?”

Besides, it was originally his seed!

A certain woman replied “I will keep the festival for the father of the child.”

A certain man gritted his teeth, what festival! He is not dead yet!

Cultivating In The Entertainment Industry

Ancient China, Artifacts, Childcare, Cultivation, Cute Children, Female Protagonist, Handsome Male Lead
We use cookies on our website to give you the most relevant experience by remembering your preferences and repeat visits. By clicking “Accept”, you consent to the use of ALL the cookies.
Do not sell my personal information.
Cookie settingsACCEPT
Manage consent