He Woke Up And Became The Actor’s Cat 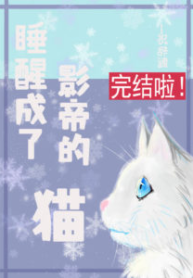 Xu Jian, an actor, died before he became popular. Just when he was abandoned by the company and frustrated, he woke up as a cat.

As Xu Jian’s cat face was confused, he was carefully carried back to his room by Qin Chen, the film emperor who was rumored to be grumpy and difficult to get along with.

Qin Shen, who was disliked by all the hairy animals, saw a stray cat in the community and was surprised to find that the cat was not afraid of him!

Qin Shen loved this cat so much that he had to hold it high with a kiss when he went to other places to film.

Just when Xu Jian felt that it was good to be a cat forever, one day he suddenly recovered, and woke up in Qin Shen’s bed.

Qin Shen’s face was expressionless, and his heart roared: Where was his cat!!

#Thought you were furry, but you’re still naked! #

When the Style of the World Changes [End Times]