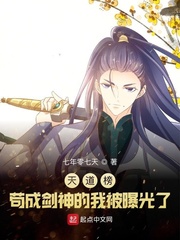 [The plot does not flow out of the list] [Invincible flow] [Easy and humorous] Li Yu traveled to the world of Xianwu and became a big brother of the incompetent little school. It coincided with the declining righteous way and the chaos of demons rampant, he planned to go out again until he was invincible. Unexpectedly, when he was seventeen years old, the Heavenly Dao List suddenly came to the world. As long as he was on the list, he could get a reward from the Heavenly Dao, which shocked the world. But what makes the world even more shocking is that the Qianlong ranked number one, is actually a little sect Li Yu who has never heard of it! ! ! Overnight, Li Yu’s name moved the world! However, all this is just the beginning. When more lists such as the Shenbing List, the Bloodline Constitution List, the World Wonder List, the Tianjiao List, and the Zongmen List appeared one after another, the whole world was shocked! ! ! – Description from MTLNovel Details Show more