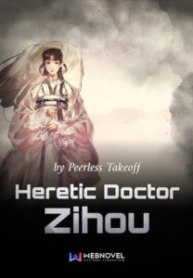 The fear-inspiring Assassin Queen and phenomenal doctor of the 21st century, Zihou, perishes in an explosion. The next moment when she opens her eyes, she has traveled through time and became a lovestruck lady of the West Capital whom everyone distances themselves from her!
A different soul in the same body, what storms awaits the rebirth of a queen of her time? Call her a dumb, lovestruck bimbo? She’ll poison you to a horrible death or kick the life out of your manhood.
At the Spring Pageant, the once good-for-nothing rises in her glory and blinds all the snobs’ eyes! From that moment forth, the lovestruck becomes a queen and the trash becomes a genius!
The young mistress of the Martyr General’s estate who is once detested by all transforms incredibly into one raved by countless men and women!
Is everything—the mysterious Vast Lands, complicated powers, legendary Faraway Shrine, and her bizarre, secretive background—merely coincidental or predestined? Watch as a cosmopolitan travels through time, tours the underworld, attains peerless cultivation, alchemizes immortality pills, encounters mythical beasts, and plays around with all kinds of beaux.

May The Peace Be With You In The Golden Age

December 31, 2020
We use cookies on our website to give you the most relevant experience by remembering your preferences and repeat visits. By clicking “Accept”, you consent to the use of ALL the cookies.
Do not sell my personal information.
Cookie settingsACCEPT
Manage consent