Hero of the Penalty Area 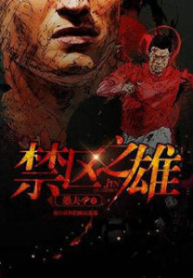 He is a controversial player in world football. His achievements on the court are obvious to all, but at the same time his impulsive arrogance is annoying. He pushes the referee, provokes opponents, and causes fights…

“Eating cards is almost common to him, and the yellow card can warn him? Haha! This is really the funniest joke I’ve ever heard!”

“What do you think of the hero going in and out of the nightclub, Mr. Ed Wocart?”

He makes the media chase wildly, because with him, there is no shortage of news, whether it is on the court or off the court.

He used goals to please the fans.

The peachy scandal between him and the women of all stripes is jealous.

“…As long as you have money, anyone can have sex with those bitches, it’s no big deal…Really, I don’t envy him at all!”

He is a complex of angels and demons, and as many people hate him, others like him as much.

In the words of “French Football”: “He is the most distinctive big man on the contemporary green field!”

But Chen Yingxiong felt that these were nothing great, so don’t make a fuss.

Be careful! Watch out for the male!

I Became A Big Star After I Quit The Entertainment Industry

Football, Soccer, System
We use cookies on our website to give you the most relevant experience by remembering your preferences and repeat visits. By clicking “Accept”, you consent to the use of ALL the cookies.
Do not sell my personal information.
Cookie settingsACCEPT
Manage consent