His Breathtaking and Shimmering Light 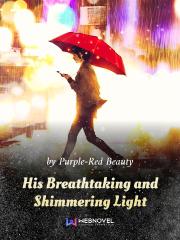 After a delirious first night together, Shi Guang found herself waking up to a cruel reality… a breakup initiated by him, ending their relationship! What? Why? How? These were the questions that bugged Shi Guang’s mind in the two years after he left without a trace. Just as she thought that she had finally managed to get over him, Lu Yanchen suddenly appeared before her and before she knew it, she had to get married to this man who had dumped her two years ago?! What? Why? How? These were the questions that Shi Guang was faced with after his mysterious appearance once more. Just what are Young Master Lu’s motives? Why is he always watching out for her even though he was the one that had dumped her? And worst still… What’s with that tsundere attitude of his…?! – Description from Novelupdates Details Show more Show more