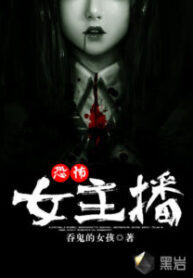 My name was Yuan Junyao, a name my grandmother gave me, meaning “beautiful jade”, although I was not beautiful at all. Actually I was ugly. I was told that I grew tumours on my face since I wasn’t even 3 months old. My parents had me examined in hospital and the doctor said it was a fibroma and it was benign. It couldn’t kill me but I couldn’t get rid of it because if I did, it may develop to be fatal. My father divorced my mother for this, and not long after, my mother died. To make a living, I had to do three jobs. One day I messed with the wrong people and they had my younger brother have a car accident and become a vegetable, and I also lost all my jobs because of it. I tried to find a new job and happened to know about live streaming. I clicked on it and a man was live streaming in an old ghost-haunted house. The ambience was terrifying. I followed him online and he didn’t see a real ghost even by the end of the stream. But the ambience was so real it spooked the audience. So he had many watchers who sent him lots of gifts while they watched. I was a little inspired by the idea. Nobody wanted to see the face of the host of a ghost live streaming, which suited me very well… – Description from Novelupdates Details Show more Show more

Trembling At A High Altitude

Becoming the Girl of the Emperor