I, a Demon Slayer Girl, is Invincible! 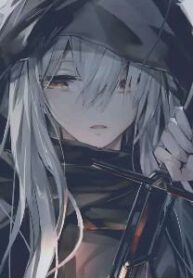 Read I, a Demon Slayer Girl, is Invincible! Rimu Dynasty, Kingdom of chaos. Demons were rampant, and it was difficult for people to live. Gu Qing’an had not yet had the opportunity to appreciate his beauty upon transmigrating in this world, as he had to face the demon who targeted and devoured humans. Fortunately, she had a system. “I, Gu Qingan, have never been weaker than others. System, add it to me.” …… Many years later, Gu Qing’an, standing on the frozen void, looked at the newly discovered strange world under her feet without any expression. “Compared to human beings, alien existence is a demon,” she thought to herself. “Then, are all creatures in this entire world considered demons?” Show more

The Good for Nothing Seventh Young Lady

Marriage of the Di Daughter